BDS stands for “Boycott, Divestment, Sanctions.” It is a tactic that was used in South Africa to end the apartheid regime. In addition to these tactics, there is a BDS movement. The BDS movement states, “Boycott, Divestment, Sanctions (BDS), is a Palestinian-led movement for freedom, justice and equality. BDS upholds the simple principle that Palestinians are entitled to the same rights as the rest of humanity. Israel is occupying and colonizing Palestinian land, discriminating against Palestinian citizens of Israel and denying Palestinian refugees the right of return to their homes.” It has 3 calls. “1) Ending its occupation and colonization of all Arab lands and dismantling the Wall. 2) Recognizing the fundamental rights of the Arab-Palestinian citizens of Israel to full equality. 3) Respecting, protecting and promoting the rights of Palestinian refugees to return to their homes and properties as stipulated in UN resolution 194.”

Some of the proponents support the tactics through the BDS movement, while some people support more targeted BDS tactics with more specific goals. 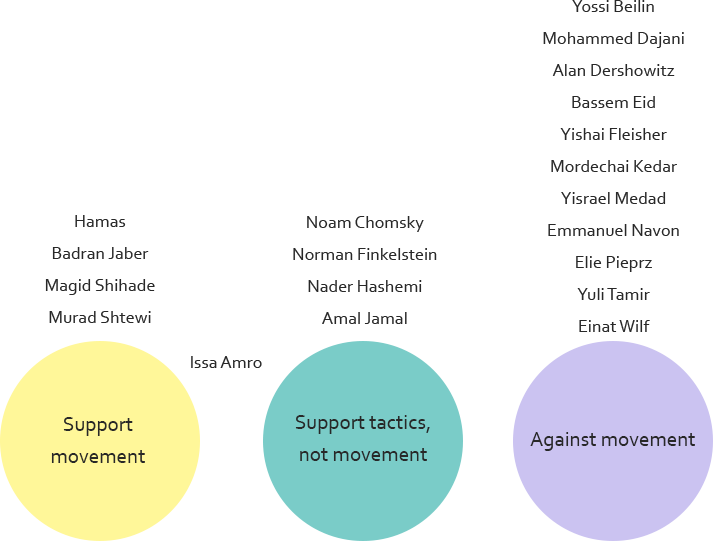